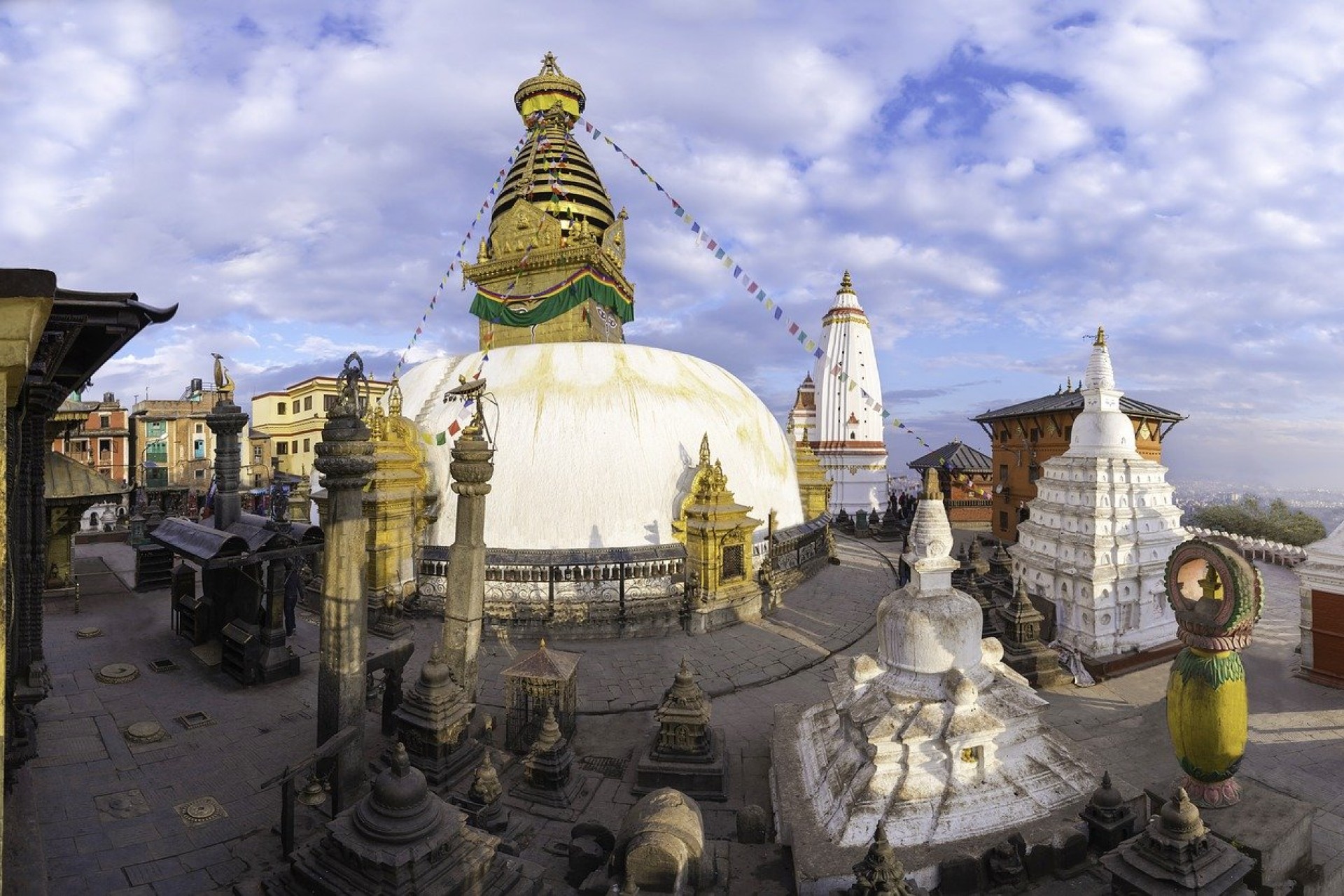 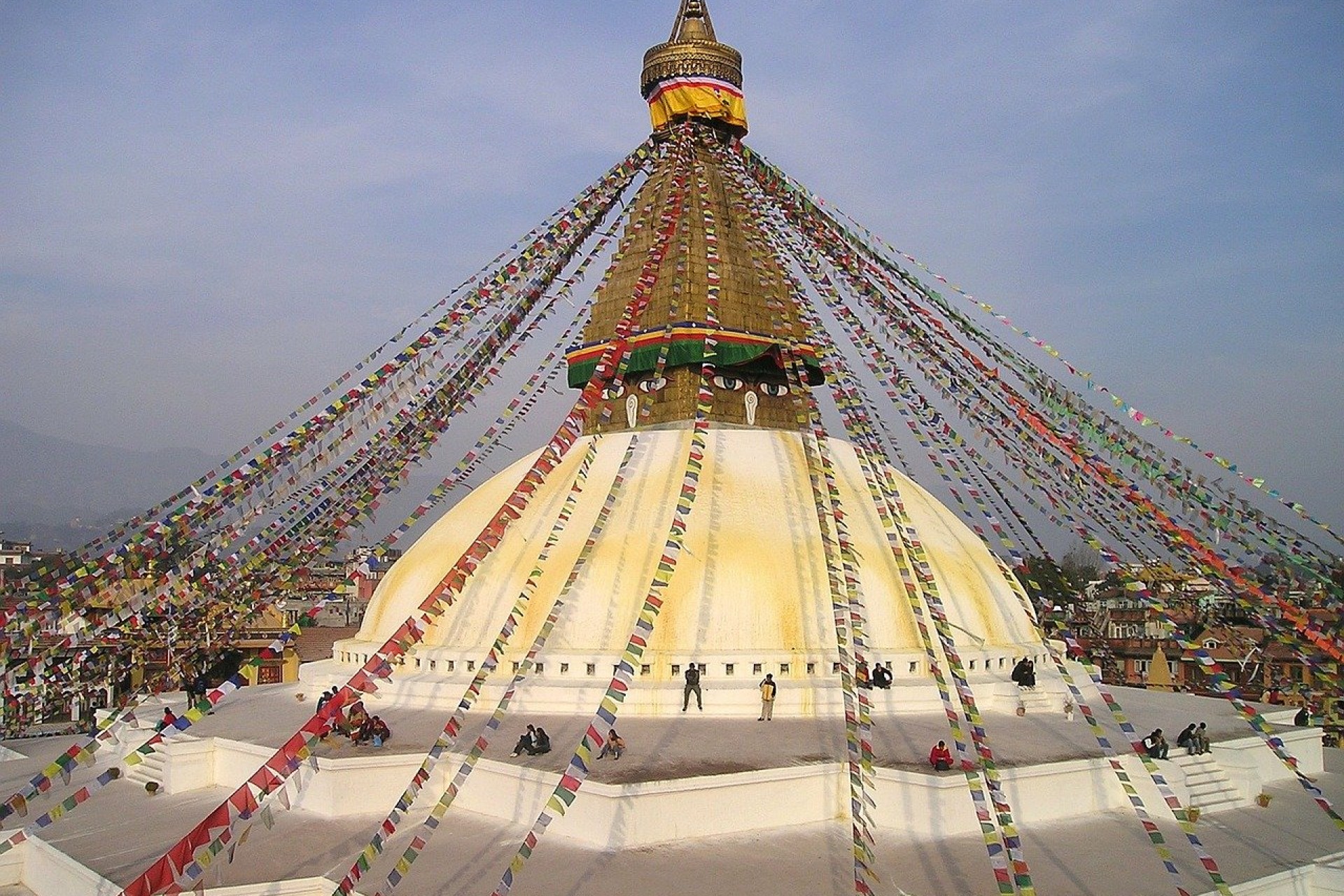 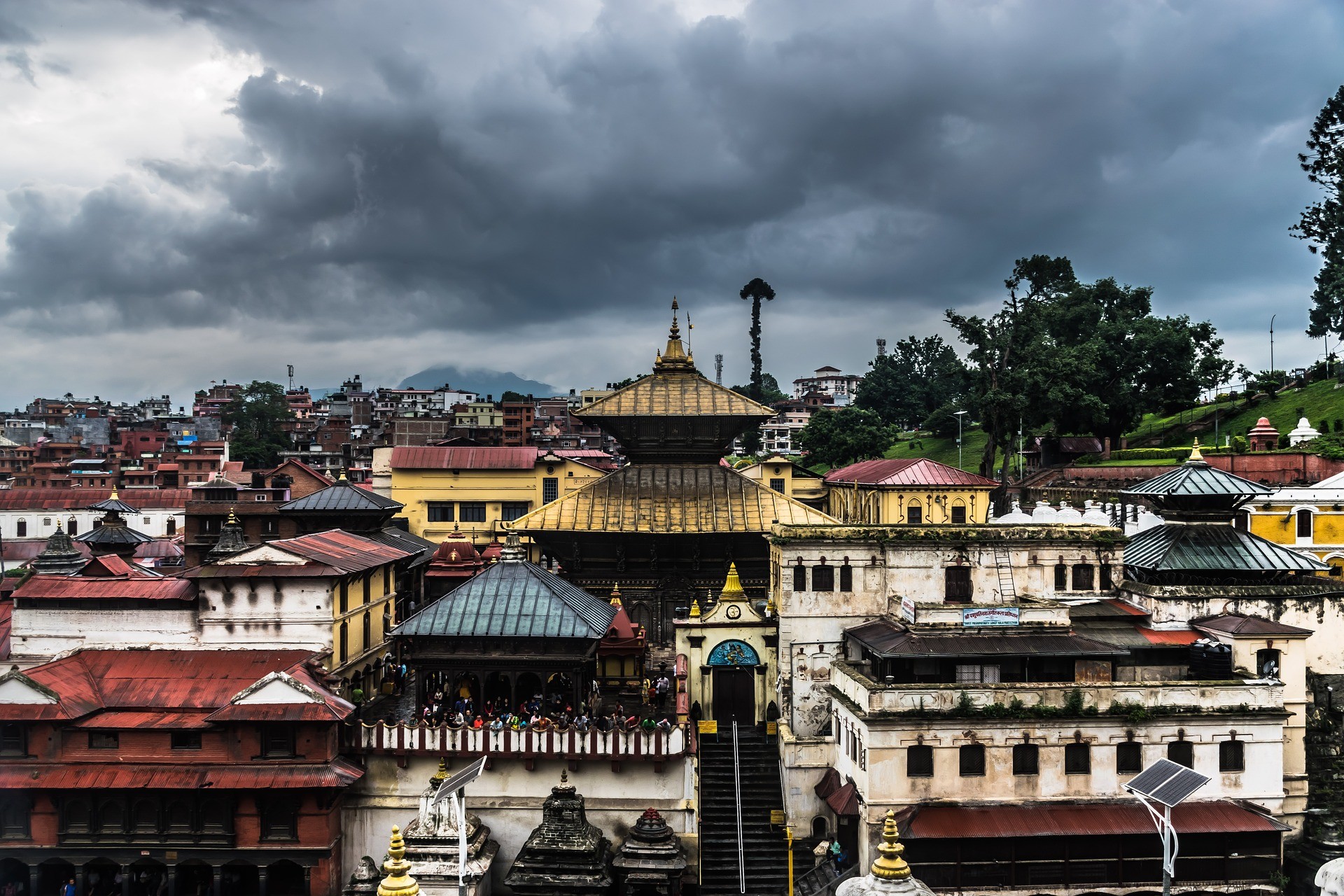 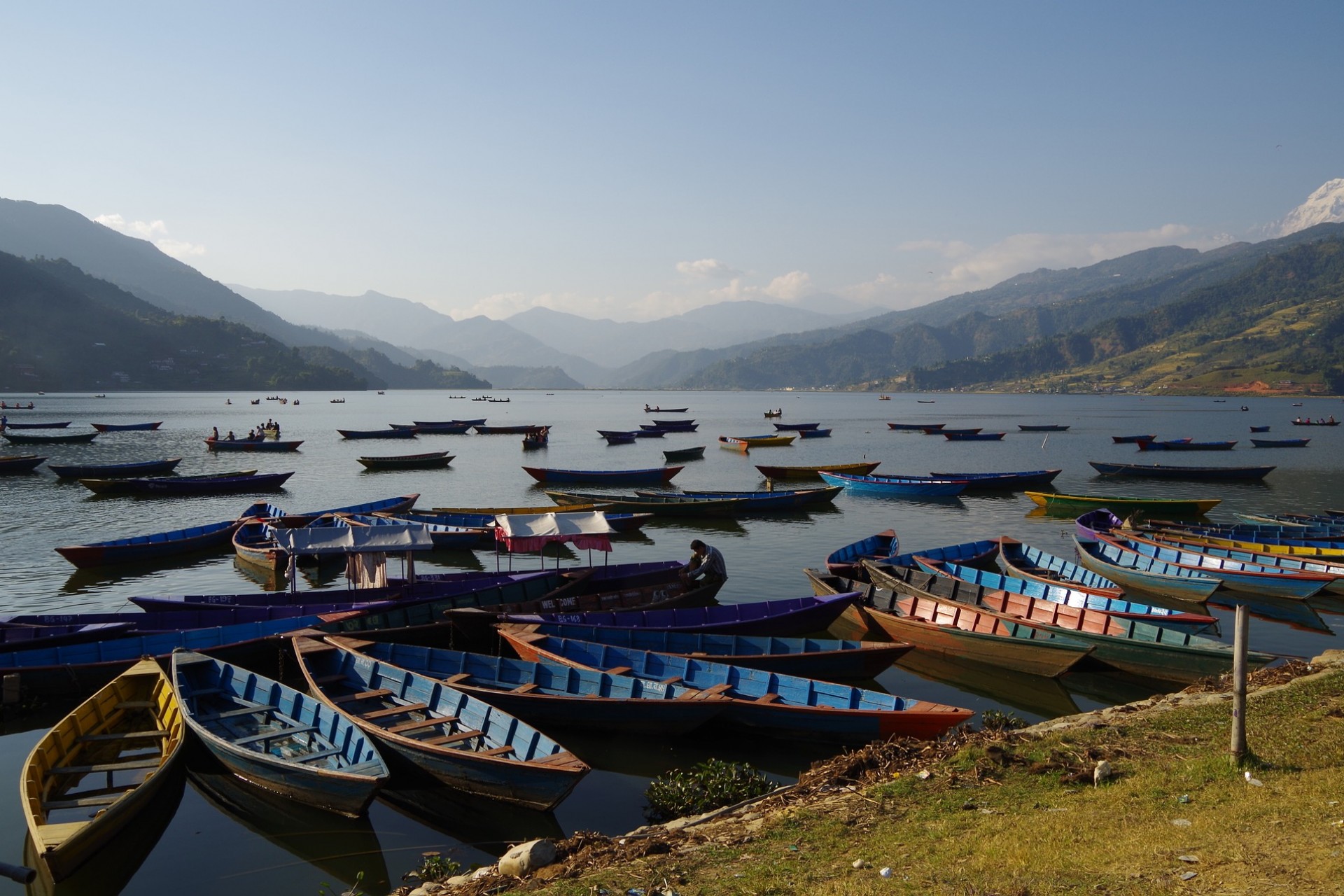 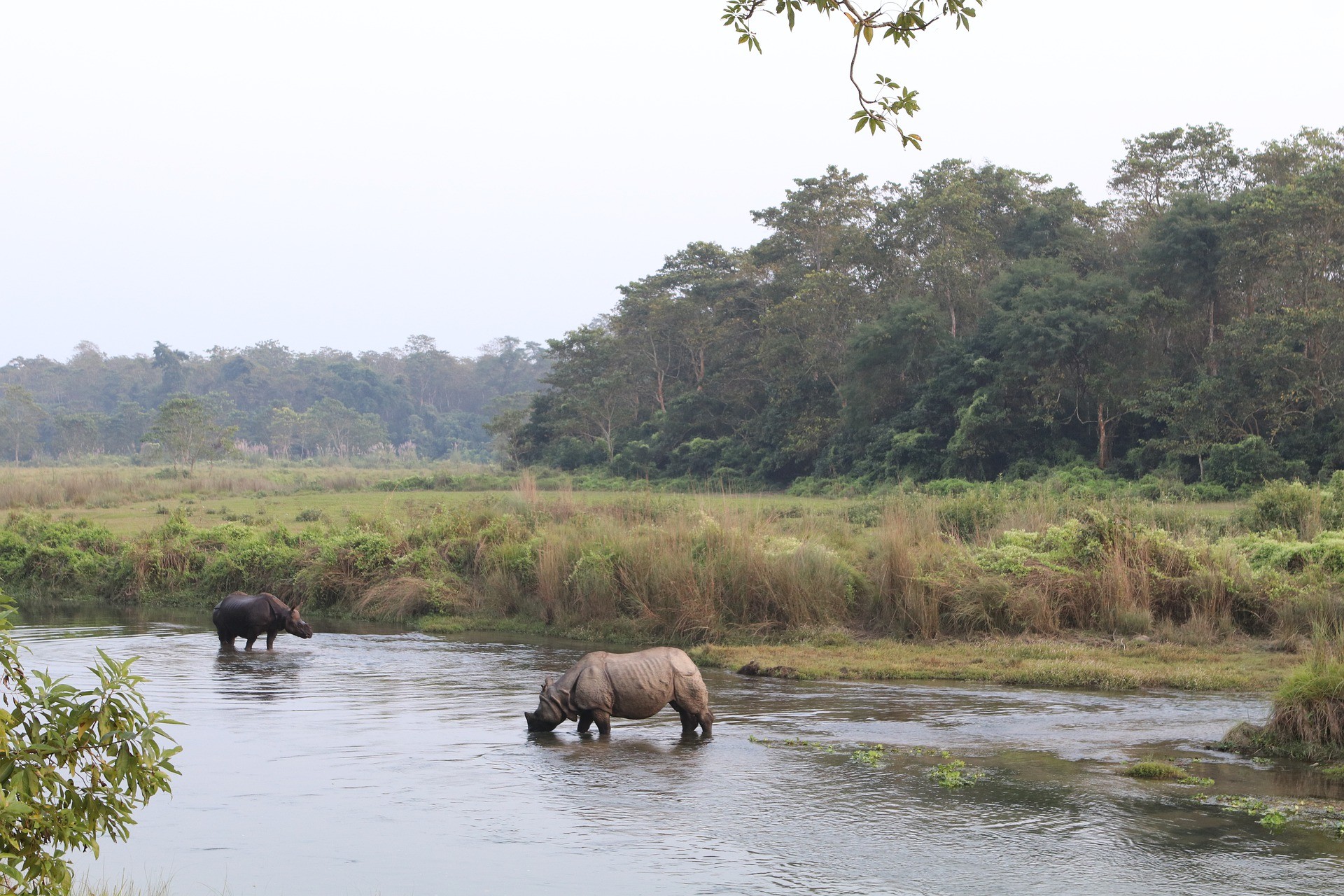 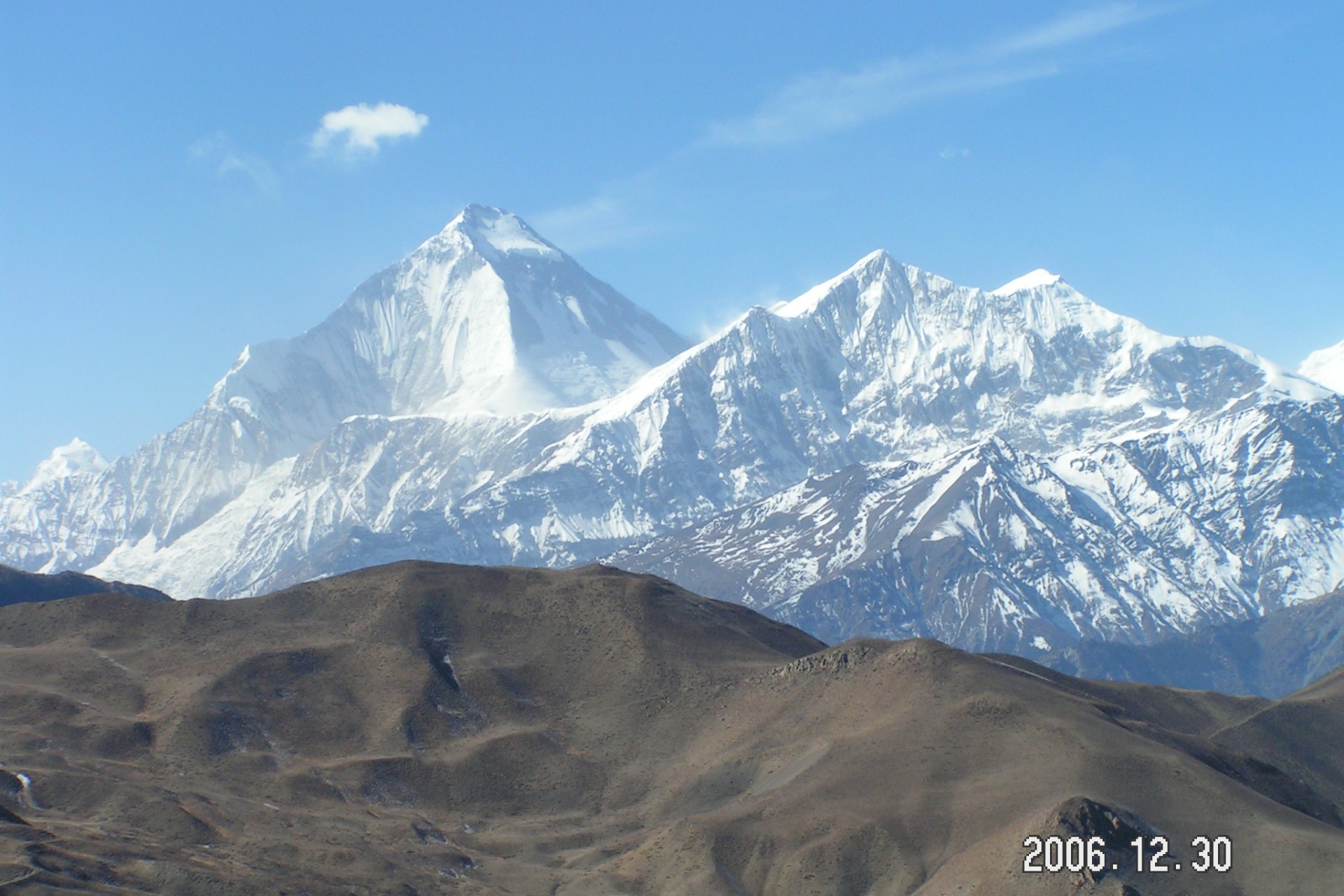 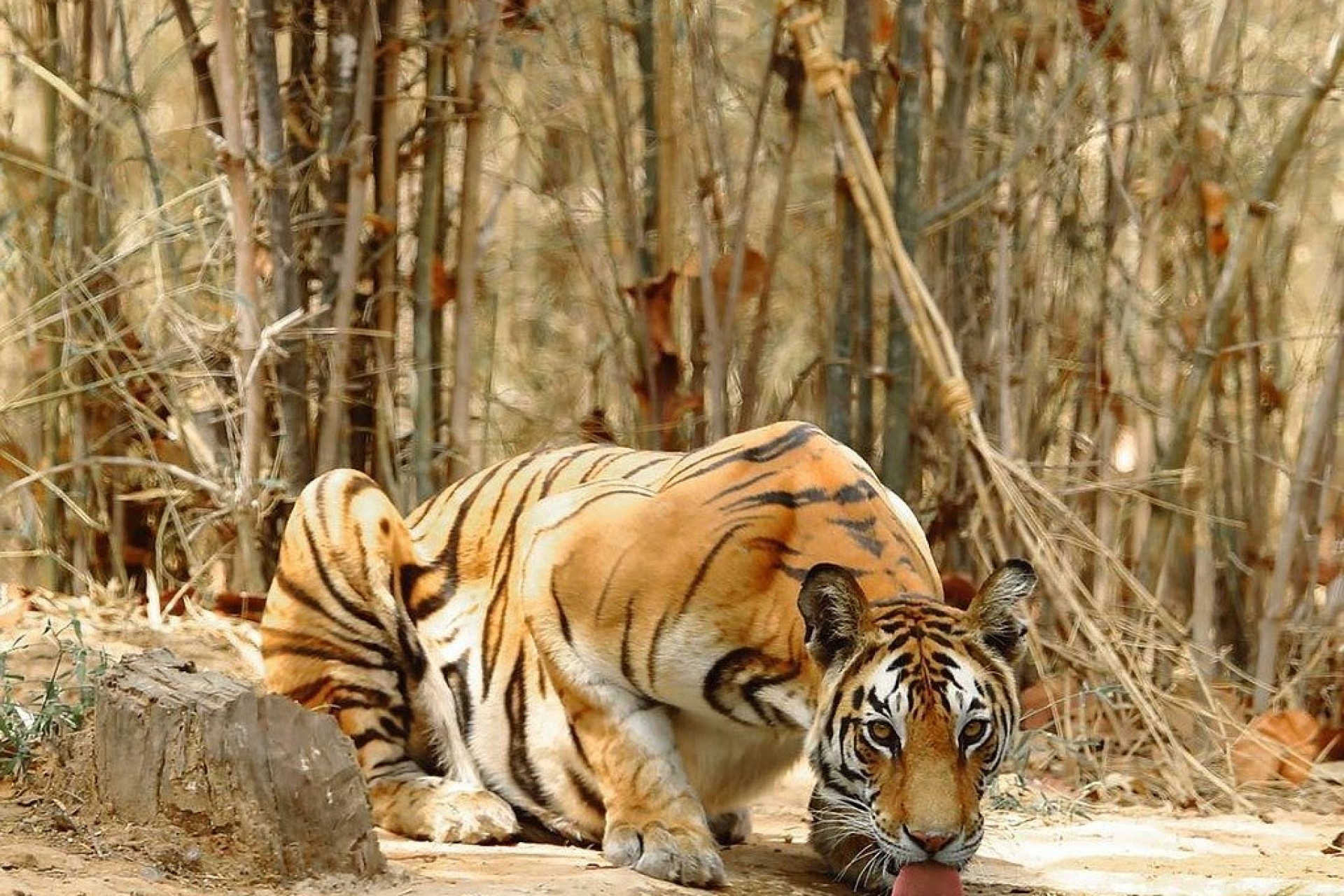 Golden Triangle package involves three different major tourist destinations of Nepal that concludes the combination of Rich cultural diversity, Wildlife and Nature. Kathmandu Valley: the cultural and historical heart of Nepal, Chitwan National Park: the former reserve forest for Royal Families later turned into a National Park and Pokhara: on the other hand is a city with natural scenic beauty located in the geographical center of Nepal and surrounded by the beauty of the Himalayas.

Share:
About Kathmandu Valley
The Kathmandu Valley is comprised of three historic cities - Kathmandu, Patan, and Bhaktapur, which were once independent states ruled by Malla kings, who ruled the cities from the 12th to the 18th centuries and competed with each other to glorify their reign by building monuments and temples that showcased the craftsmanship and architectural skills of Newar artisans. It was a time when even the mighty Mongol Emporer Kublai Khan hired exceptional craftsmen from Kathmandu Valley to glorify his empire.
The famous Pagoda style architecture is a gift from the Kathmandu Valley to China. Now the valley is home to seven sites which make the valley a UNESCO Cultural World Heritage Site, a reminder of the golden era of Nepali architecture.
About Chitwan National Park
Chitwan National Park is the first national park in Nepal. It was established in 1973 and granted the status of a World Heritage Site in 1984. It covers an area of 952.63 Sq. Km (367.81 Sq. M) and is located in the subtropical Inner Terai lowlands of south-central Nepal in the districts of Nawalpur, Parsa, Chitwan and Makwanpur. In altitude it ranges from about 100 m (330 ft.) in the river valleys to 815 m (2,674 ft.) in the Churia Hills.
In the north and west of the protected area the Narayani-Rapti river system forms a natural boundary to human settlements. Adjacent to the east of Chitwan National Park is Parsa National Park, contiguous in the south is the Indian Tiger Reserve Valmiki National Park. The coherent protected area of 2,075 Sq.KM (801 Sq. M) represents the Tiger Conservation Unit (TCU) Chitwan-Parsa-Valmiki, which covers a 3,549 Sq. km (1,370 Sq. M) huge block of alluvial grasslands and subtropical moist deciduous forests.
Chitwan National Park is home to 68 species of mammals including the “king of the jungle" is the Bengal tiger and 543 species of Birds and hundreds of species of reptiles and amphibians.  Black Bear, Leopards, Different species of Dears, One Horned White Rhinos are also the main attractions of the Chitwan National Park.
About Pokhara
Pokhara is a metropolitan city which lies in the bed of Fewa Lake and the Seti River of Nepal. It is the second largest city in terms of population, area and economically of Nepal. Pokhara is located 200 kilometers (120 miles) west of the capital, Kathmandu. The altitude varies from 827 meters (2,713 feet) in the southern part to 1,740 meters (5,710 feet) in the north. The Annapurna Range, with three out of the ten highest mountains in the world Dhaulagiri, Annapurna I and Manaslu is within (15–35) miles (24–56 km) of the valley.
Pokhara is also recognized as the tourism capital of Nepal. Being a base for trekkers undertaking the Annapurna Circuit through the Annapurna Conservation Area region of the Annapurna ranges in the Himalayas. The city is also home to many of the elite Gurkha soldiers.
Day 01       Arrive Kathmandu
Our representative will meet you at the Airport and escort you to the designated hotel. You will be briefed about your daily activities during the tour sometime before or after you check in.
Day 02      Road Trip (Kathmandu-Chitwan)
After breakfast, we will proceed to Chitwan by Private A/C car having a rather flexible and comfortable journey through the Prithvi Highway accompanied by beautiful Trishuli River, mountains and Narayani River through the 5-hour drive.
In the evening you're to experience the culture and tradition of the ancient Tharu community.
Day 03      Full Day Jungle Activities
We'll start the day with Elephant Back Safari. After breakfast, we'll use the energy for a nature walk/bird watching tour. We'll proceed for Dugout Canoe Ride in Rapti River to see rare species of Deer, Royal Bengal Tiger, One-Horned Rhino, Wild-Boar, Leopard, Monkeys, and many more the wild Terai of Nepal Inhabits.
A visit to the Elephant Breeding Center afterward where you'll get a chance to befriend many famous Elephants of the region and their newborns.
Back to the Lodge/Hotel for Dinner.
Day 04      Road Trip (Chitwan-Pokhara)
After Breakfast, we will start our journey towards Pokhara. Lunch at Hotel/Restaurant. We'll take a short drive to World Peace Pagoda form where you'll be able to see a bird's eye view of the Fewa Lake and the Pokhara Valley. The walk around the lakeside is a beautiful experience in the evening. Dinner at Hotel
Day 05      Pokhara Sightseeing
In the early morning, we'll make it to the summit of Sarangkot hill for a sunrise view. After Breakfast, we'll take the city sightseeing tour covering Devi's Fall, Gupteshwor Cave, Seti George, International Mountain Museum and Fewa Lake. Lunch and Dinner at Restaurant or a Hotel.
O/N Pokhara (B)
Day 06      RoadTrip (Pokhara-Kathmandu)
After breakfast, we'll start our journey back to Kathmandu. Free day for shopping at Thamel. Dinner at a Restaurant or Hotel
Day 07      The Kathmandu Valley
After breakfast, we will visit one of the largest stupas in Kathmandu Valley Swoyambhunath Temple (a.k.a Monkey Temple) located on a hilltop with a panoramic view of the city.
We will then head towards Kathmandu Durbar Square- one of the most popular tourist destination located at the heart of city enlisted in the world UNESCO World Heritage Site and the home of the living goddess Kumari.
After lunch, a visit to the Pashupati Temple-holiest Hindu Temple and then Boudha Stupa.
Day 08      Final Departure
After breakfast, our representative will take you to the Tribhuwan Internation Airport for your flight towards your next destination.